Keiko, the Japanese teacher at the Modern Language School, tells us about this week’s class:

We have explored a new verb inflection form, which needs the object marker WO(を).
えいがをみます   eiga wo mimasu: to watch a movie
こうちゃをのみます koucha  wo nomimasu: to drink a tea
しんぶんをよみます shinbun wo yomimasu: to read a newspaper 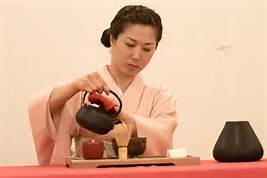 A big difference between Japanese and English language is that English does not need object marker(particle) in such sentences, unlike Japanese. The Japanese syntactic logic might be difficult for native speakers of English..
Compared with English, Japanese non-past forms always finish with masu. It means that, if you intend to express/make use of negative form, you only have to change the inflection of the verb. For example: mi-masen, nomi-masen, yomi-masen.

If you find this difficult to understand, why not join our course here: https://modernlanguageschool.co.uk/japanese-timetable-prices

This website uses cookies to improve your experience while you navigate through the website. Out of these, the cookies that are categorized as necessary are stored on your browser as they are essential for the working of basic functionalities of the website. We also use third-party cookies that help us analyze and understand how you use this website. These cookies will be stored in your browser only with your consent. You also have the option to opt-out of these cookies. But opting out of some of these cookies may affect your browsing experience.
Necessary Always Enabled

Any cookies that may not be particularly necessary for the website to function and is used specifically to collect user personal data via analytics, ads, other embedded contents are termed as non-necessary cookies. It is mandatory to procure user consent prior to running these cookies on your website.

All our classes are now back in school, but can be attended on line. Please contact us for further details.