France has a rich history and is well known for its artists, writers and musicians. One of France's major writers, Victor Hugo, created a novel called Les Misérables, for example.

It is also the country of conviviality, of national and regional cuisines, from the croque-monsieur to the tarte Tatin.

Also there are many French products well known in the whole world, such as Champagne, Bordeaux, Chablis, etc.

As you know, the Hexagone borders Belgium, Luxemburg, Germany, Switzerland, Italy and Spain. And its coast stretches from the English Channel along the Atlantic Ocean to the Mediterranean Sea.

Moreover, France is home to some of the highest and some of the oldest mountain ranges in Europe.

With such a diversity of landscape, and therefore of climates, it is little wonder that the country has so much variety to show to its visitors.

In every season, France offers a multitude of activities whether you like festivals, skiing, cycling, sea and lake bathing, canoeing or climbing. Have you ever played "pétanque"? Your French language will prove very useful when debating who is nearest to the "cochonnet".

Or you can just choose to relax and soak up the atmosphere on the terrasse of a café, at the campsite or on the beach.

Other parts of the world

What better way to make the most of all this than to converse with the people? French is the official language of France but also a major language in many other countries and regions such as Senegal, Quebec, Morocco, Switzerland, Tunisia or Luxembourg, to name but a few.

In many regions of the world, the inhabitants will truly appreciate your efforts to speak their language.

Some people say French sounds romantic, intelligent or sexy. But we will let you make up your mind about this. 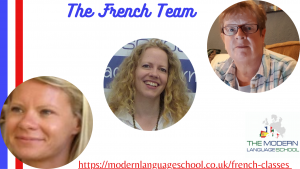 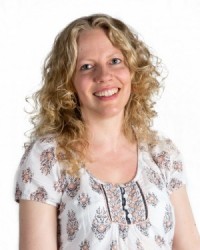 My name is Nina, originally from Southwest Germany, not too far from the French border, where I grew up.

I have a degree in Education with Psychology and English from the Technical University in Darmstadt.

I have been in the United Kingdom for over a decade and have always taught Beginners and Elementary French alongside German because I simply love the French language.

When I arrived in the UK in 2006 I first worked as a German FLA (Foreign Language Assistant) in two schools in Doncaster and subsequently qualified to teach in secondary schools in 2008. But have since had two children and a career change.

So I now work as a self-employed languages tutor and spend more time with my family.

I joined the Modern Language School in autumn 2013 and really enjoy teaching and learning here.

Now I’m still studying advanced French with Dom and also Italian. This is great fun and a useful reminder of what it is like to sit on the other side of the classroom in the student’s role. 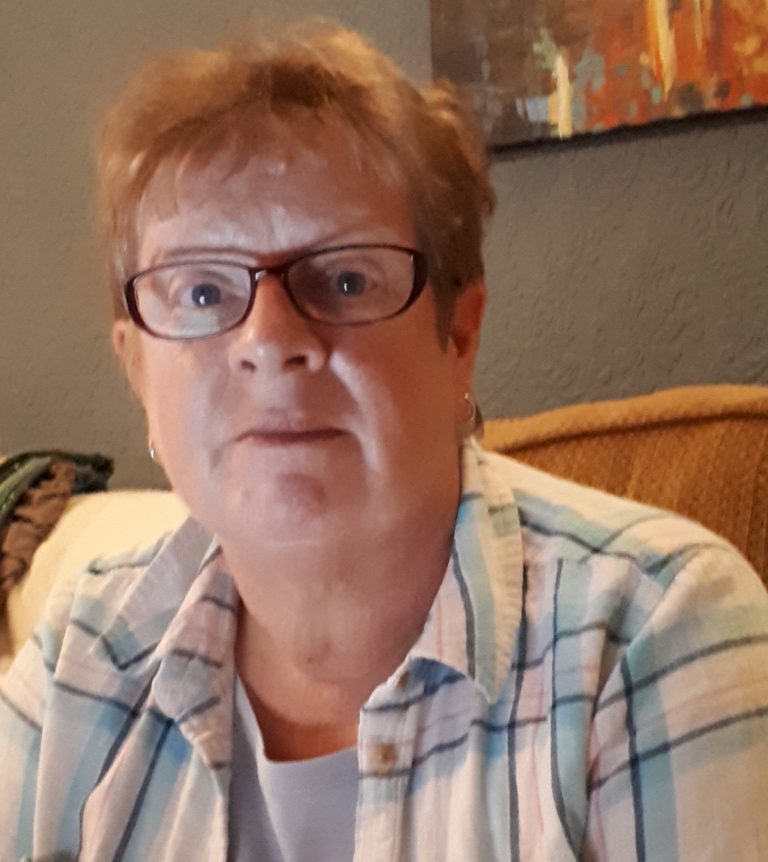 My name is Ali. Originally from Kent, I left home aged 18 and moved to France to experience living abroad and to develop my French language skills. I have since spent several years working in France and Spain, living in Paris, Barcelona and high in the mountains of Andalucía. I moved from London to Yorkshire for work in 1999.

I have a degree in European Studies with Linguistics from the University of London, a Trinity Cert TESOL teaching qualification and a PGCE in teaching Modern Foreign Languages gained at Leeds University.

I have a wide experience of teaching languages in secondary school as well as teaching adults and private tutoring. I am a fluent French, Spanish and Catalan speaker. In addition to teaching French, I currently teach English to speakers of other languages.

Learning and teaching languages, travelling and having meals with family and friends. I have a passion for World Music and play percussion. To keep fit I am a keen runner and love to go for long walks with my dog.

My name is Axelle L’Amie. I come from both Northern Ireland (British father) and Cassis (French mother) and have been living in England for 20 years with a 5 years interlude in America!

I hold a degree in Psychology from Leicester University. I am a certified counsellor and hold a diploma in Life Coaching, NLP and CBT.

I started my career 20 years ago teaching A level and GCSE French at the same time as completing my degree in Psychology in Leicester. When I moved to Yorkshire, I taught French in a primary school in Leeds.

Which Class Is For You?

Fees must be paid in full to secure a booking. Places are offered on a first-come first-serve basis. No student will be permitted to start a course until fees have been paid in full.

Courses can only be cancelled by sending written notice to The Modern Language School. If this notice is received 14 days or more before the course is due to start, a refund of all monies paid will be made. If a student chooses to leave their course early for any reason (or cancel within 14 days of the course start date) then no refund will be made.

The Modern Language School reserves the right to modify a course if numbers are insufficient.

The Modern Language School liability in respect of any claims made shall not exceed the amount paid for tuition fees.

This agreement shall be governed by English Law and the parties hereto irrevocably submit to the exclusive jurisdiction of the English Courts in respect of any dispute or matter arising out of this agreement.

This website uses cookies to improve your experience while you navigate through the website. Out of these, the cookies that are categorized as necessary are stored on your browser as they are essential for the working of basic functionalities of the website. We also use third-party cookies that help us analyze and understand how you use this website. These cookies will be stored in your browser only with your consent. You also have the option to opt-out of these cookies. But opting out of some of these cookies may affect your browsing experience.
Necessary Always Enabled

Any cookies that may not be particularly necessary for the website to function and is used specifically to collect user personal data via analytics, ads, other embedded contents are termed as non-necessary cookies. It is mandatory to procure user consent prior to running these cookies on your website.

All our classes are now back in school, but can be attended on line. Please contact us for further details.